Soul | Yoruba Folk| Jazz
Nigerian-American born singer/songwriter Janeliasoul developed her love of music while growing up in Nigeria. Learning traditional Yoruba folk songs led to her discovering other musical genres, such as, Soul and Jazz. Fast-forward to now and the Baltimore, Maryland resident's 7-piece band "Janeliasoul" is fusing those influences, along with pop and Afrobeat into one infectious sound.

Lyrically, she draws off of positive self-affirmations, something she practices in her own life, on a daily basis. After her video for "Love-Hate" reached more than 1 million viewers on YouTube, Janeliasoul released her debut EP, "Self Affirmation Project." She followed up with a couple of singles and her latest release is a collaboration project named “Bedroom Magician” featuring Femi Sanya. As the new single  continues to gain momentum, the sky's the limit for this Nigerian Goddess.
​​ 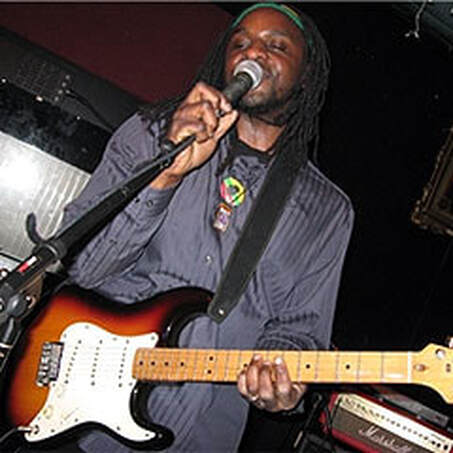 Reggae | Soul| Modern Pop
Recording Artist Kingly T Delivers Lyrically Driven Soul, While Seamlessly Blending Reggae With Modern Pop Music. After traveling the world, Kingly T carefully crafted his art. Original reggae artist, Kingly T. incorporates a number of genres and uses positive lyrical content to connect with listeners around the world. Now a citizen of the United States, he has brought the reggae sound of Kingston, Jamaica to the mainstream American music landscape. The musical journey of Kingly T began in Jamaica where he served as lead guitarist for the group known as "Ninja Force". Kingly T helped modernize the idea of soul and reggae melding with modern pop conventions. During the late 90’s, he spread his unique brand of music around the world and traveled through a number of different countries including Mexico, Japan and the United States. In 2007 he released his debut album "Unity", which achieved commercial success with its unique blend of reggae, soul and jazz elements. In 2010 he released his follow up album "Rock It With Me", which built upon the unique brand of music that the previous album helped solidify and brought his style even more into the mainstream. This allowed him, with the help of international exposure to craft perhaps his best album, "Live the Life" in 2013. It focused on a positive message and bolstered by complex and textured musical arrangements, "Live the Life" was the foundation for what his next albums would eventually produce. Kingly T's most recent album “Life In The City” erupted onto the scene in 2015 bringing his listeners roots reggae, lovers rock, party music, and a little dance hall too. The perfect infusion of soul, reggae and jazz, "Got It All" truly lives up to its title. As his fifth album to date, it is the apex of his musical journey. It's the album that everything up to this point has been fueling, and the end result is something truly noteworthy. In terms of lyrical content, listeners will get a first-hand glimpse into the creative process. Each track has been arranged in such a way that it moves the listener through the album one track at a time. The timing and lyrical content supplement the carefully crafted songs to create an immersive experience that is unlike any other. Touching on relevant social topics and the struggles that we all experience, the music allows the listener to connect with the artist to an unrivaled degree.The future for Kingly T is looking brighter than ever. New opportunities have sprouted and he walks towards them with the sunshine. Be on the look out for more love, more positive vibes and more music.
​​ 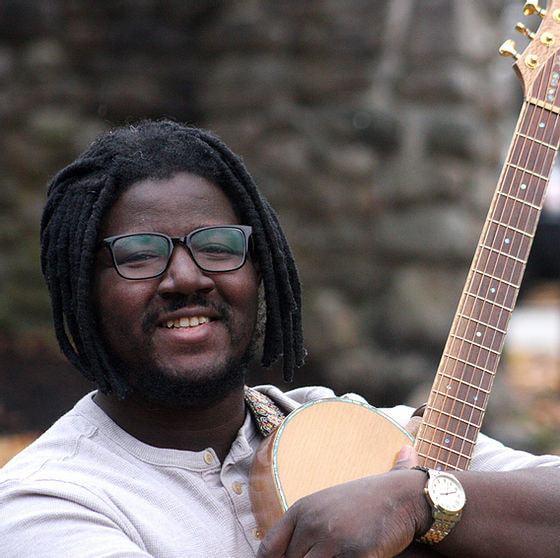 Singer-Songwriter | West African Rhythms| Djembe Drumming
Senie Hunt is a self-taught, singer-songwriter and percussive guitarist adopted from Sierra Leone. He brought with him an inherent passion for West African rhythms and percussion. Senie used djembe drumming as a creative outlet to process the traumas of his early childhood during Sierra Leone’s Diamond wars.
​
​​Senie’s US family owned a world-instrument import business and shared his love of music. With the help of his adoptive father, an amateur guitarist, Senie began to play the instrument at the age of 7. He learned most of what he knows through watching footage of live concerts of early influencers, like Stevie Ray Vaughan, B.B. King, and The Allman Brothers. As he learned guitar, Senie’s rhythmic instincts led him to experiment with drumming on the guitar as a way to capture the sound and rhythms of his West African roots. His experimentation lead him to his later influences such as Tommy Emmanuel, Michael Hedges and Andy Mckee.